Return to the Blog

SPACs are here to stay but they won't replace PE funds 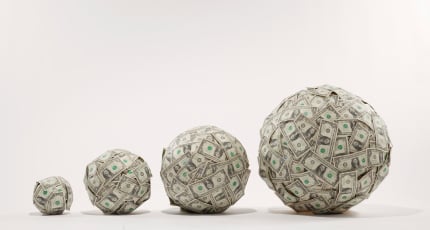 The rise of the Special Purpose Acquisition Vehicle, or SPAC, is a bona fide phenomenon. While they are by no means new, in 2020 at least 206 of these blank-cheque vehicles raised a record $70bn in proceeds in the US alone, a five-fold annual increase. This meteoric ascent, with PE firms such as Apollo Global getting in on the action, begs the question – are they here to stay and what do they mean for the future of the established PE fundraising market?

First, a quick primer. SPACs are shells that raise capital in an IPO and once listed typically have 18 to 24 months in which to secure an investment into a private company. That company then becomes publicly listed through a reverse merger with the SPAC, giving its investors immediate liquidity.

Preqin has previously noted that recent SPAC fundraising is a drop in the ocean compared with PE's dry powder: what is $70bn to $1.8trn? However, this may not be a fair comparison since SPACs have a significantly shorter timeframe in which to invest -  raised but yet-to-be-invested SPAC capital expires more quickly. A more accurate comparison may be the fundraising volume achieved in a given year, which can be thought of as additional dry powder amassed.  In 2020, PE funds collected $535.2bn, according to PEI, a 19% year-on-year fall. On these terms, SPACs look like a more credible threat to the established PE fundraising market. But are they?

SPACs confer a number of benefits for their sponsors and may appeal even to dyed-in-the-wool PE fund managers. They represent a new source of capital in the form of public investors and can be raised with relative ease. They also  allow for larger deals that may fall outside of the scope of a traditional PE fund constrained by concentration risk management and other limitations.

This can make SPACs a neat co-investment complement to a typical LP fund. They also are free from the time constraints of PE funds, which are forced to liquidate, so dovetail with the rising interest among PE managers and their LPs for permanent capital solutions that are otherwise catered to by increasingly popular long-life funds.

But the appeal to their sponsors may outweigh the benefits to investors. Those raising SPACs, which spans everyone from hedge fund managers to baseball execs, receive 20% of the vehicle for a nominal fee. Even Bill Ackman, who has raised a number of his own cash shell companies in recent months, has said that the dilutive nature of these sponsor shares can make it difficult to find deals on attractive terms for the SPAC's shareholders, who essentially start 25% in the red once fees are accounted for. Almost certainly these sponsor-friendly terms are likely to shift over time, but as it stands they seem to be far more attractive for their managers than they are for investors. This of course depends on the success of the deal the SPAC eventually makes.

A recent study illustrates some of the drawbacks of the SPAC, including unseen costs and performance issues. Investors can redeem their shares for the purchase price when the reverse merger is finally secured and the target company is unaware of how many redemptions to expect until the time of the deal. It is estimated that in 58% of cases redemptions are exercised as investors seek to lock in returns on day one. This is not good news for returns: SPAC shares typically fall by more than one-third in value in the year following their reverse takeover.

LPs stick to what they know
While there has been some tinkering around the edges of the 2-and-20 management fee / carried interest model over the past decade, it remains ingrained to this day and, in fact, long predates PE. The 20% share in profits familiar to LPs is believed to have originated from the share captains of merchant vessels would collect for spices and other goods carried during far-flung voyages, to cover their risk.

Importantly, carry is a share of profits. Unlike SPACs, GPs do not lay claim to 20% of an LP fund after putting up a nominal contribution. No doubt remuneration terms will be a point of focus and negotiation for investors in these shell companies.

Perhaps a better way to understand the SPAC phenomenon as it relates to PE is as a competitive threat in the pursuit of deals, rather than a substitute for the LP fund medium. Buyouts have become a crowded sport as more and more capital has been channeled into private equity over the past decade. Now you can add SPACs as another competing player in the pursuit of private assets.

For LPs, it may be more helpful to understand SPACs as a complement to their existing public equity strategies, since these are essentially delayed IPOs. They confer benefits and have a place in the financing ecosystem, including within PE as vehicles for co-investing and opportunistic situations. Therefore expect another strong year for SPACs in 2021. But LP funds are not going anywhere.

Palico is the leading digital marketplace for private equity primaries and secondaries specifically designed for fund managers and institutional investors.

Secondary Platform: Palico's secondary marketplace, designed by PE industry experts, standardizes the process of selling and buying PE fund interests -- especially for smaller transaction sizes (~$2 - $20M). The marketplace features nearly all traditional major secondary funds in addition to hundreds of non-traditional/opportunistic buyers. From single family offices to large pension funds, LPs are now a few clicks away from participating in and enjoying the versatility that secondaries provide to their PE portfolios.

Primary Platform: Palico's primary platform is a comprehensive fundraising solution. GPs have access to a full array of digital tools to communicate and nurture prospective investors, including: Virtual Data Room, Messaging Module, Stats for fundraising performance, and Newsroom. Those tools are complemented with a matchmaking algorithm that alerts a vast LP member base (over 2,800 LP members and counting) of new fund investment opportunities and a notification system that notifies the LP network when the Newsroom is updated with major milestones and events.

Want to learn more or see how the platform works? Please contact us to talk or book time on our calendar to chat. 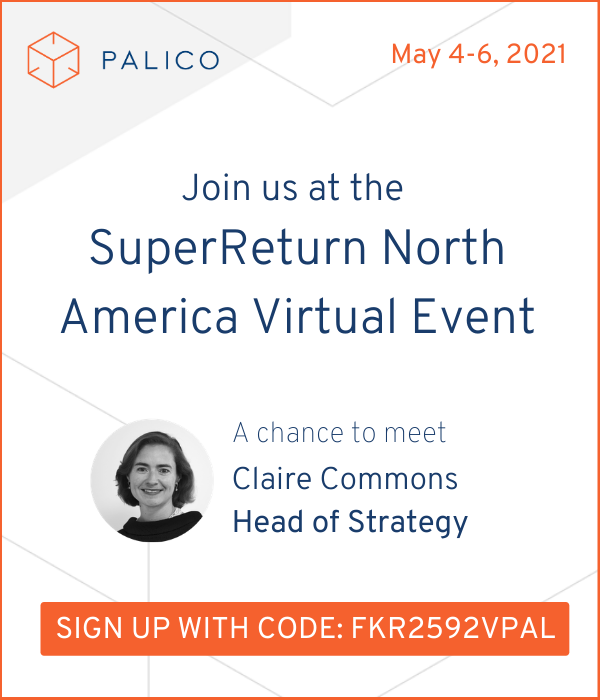