The past couple of weeks have been full of encouraging news for private equity fundraising.

According to recently released industry statistics, some 130 private equity funds held final closes worth slightly more than $69 billion between January and March, with buyout fundraising - the lion’s share of volume - nearly doubling.

There are many reasons to believe that 2013 will be the best year for global fundraising since before the great recession began in 2009.

END_OF_DOCUMENT_TOKEN_TO_BE_REPLACED

Despite the ebbs and flows of the world’s public equity markets, secondary pricing for private equity funds has remained remarkably stable over the past two years, with the average discount to net asset value of top bids hovering near the 10 percent mark since mid-2010.

The average discount today in the secondary market for PE funds is around 9 percent, but more than 60 percent of funds are trading at discounts of less than that, with many selling at par or even at small premiums, according to Palico estimations.

END_OF_DOCUMENT_TOKEN_TO_BE_REPLACED

Technology is the Key to Unlocking Asian-Style Returns in Africa

Africa is still a neglected continent relative to its potential private equity opportunities. While those with an investment connection to Africa tend to have an overwhelmingly positive attitude regarding the opportunity the continent represents, those with no connection, on average, still have a starkly negative view. This is a point underlined by Building Bridges, Ernst & Young’s 2012 Africa attractiveness survey.

The positive perception amongst those investors with a business presence on the continent is so strong that on average they rated only Asia (and only slightly so) as a relatively more attractive investment destination than Africa in the Ernst & Young survey. However, participants with no connection to Africa viewed it “as the least attractive investment destination in the world.” That perception is wholly unjustified. But it does mean that Africa, relative to other emerging markets, remains an uncrowded land of opportunity, particularly Sub-Saharan Africa, with its strong demographics and largely untapped consumer potential.

END_OF_DOCUMENT_TOKEN_TO_BE_REPLACED

Given the prospect raised in a high profile Bloomberg story this month of poor returns from credit bubble vintages pushing one in four private equity general partners out of business over the next five years, it is interesting to consider the 10-year average annual growth rate in the number of general partners. This is useful for getting a sense of whether the high level of attrition mentioned by Bloomberg will actually shrink general partner ranks, and hence limited partner investment choice.

The number of private equity general partners considered active by Palico - those who have completed at least one fundraising in the past decade - stands at 6,463 globally.

END_OF_DOCUMENT_TOKEN_TO_BE_REPLACED 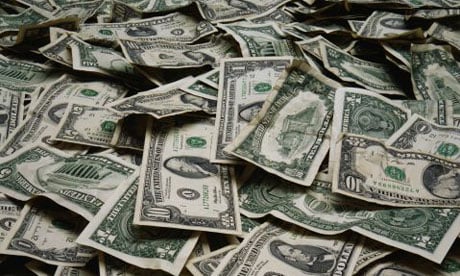 END_OF_DOCUMENT_TOKEN_TO_BE_REPLACED

In 2012 only 4 percent of the roughly $30 billion in volume for the buying and selling of existing private equity fund stakes involved the transfer of China-focused portfolios, according to Palico estimates.

Demand for China-focused private equity funds has traditionally been higher than actual transfers, largely because the supply of funds focused on what is one of the world’s hottest emerging market has been limited. But there are harbingers of imminent change that could see the market share of China funds sold on the private equity fund secondary market as much as double in 2013.

END_OF_DOCUMENT_TOKEN_TO_BE_REPLACED

Specialization is changing the profile of private equity. In the past two weeks, one major general partner set up a joint venture with a European financial services specialist, another purchased a commodity specialist, while yet another let it be known that it would be raising a multi-billion dollar energy fund, after shelving a fundraising project for a generalist buyout fund last spring. It's no accident that the latter's greatest recent successes have been energy investments.

Palico data shows that some $15 billion was raised for industry-focused strategies in the first six months of 2012 - a record first half for such funds. For the first nine months of the year, five out the ten largest closings were achieved by funds with specialist strategies.

Those figures make it easier to understand why 33 percent of GPs in a recent poll said they plan to adopt more narrowly focused sector strategies going forward.

END_OF_DOCUMENT_TOKEN_TO_BE_REPLACED

In the past three years, private equity strategies have become particularly creative, as LPs look to diversify away from blind pools overly dependent on leverage.

Much of LP diversification has focused on co-investment, the buying and selling of secondaries, deal-by-deal structures and strategies emphasizing yield and short duration, all of which give LPs greater control over investment decisions and offer relatively greater liquidity than investing in a classic leveraged buyout fund. But another emerging trend given a boost by the shortcomings of many credit bubble era funds seems to go in the opposite direction, tying up money for an exceptionally long period.

END_OF_DOCUMENT_TOKEN_TO_BE_REPLACED

Worrying about the Averages is a Waste of Time

A great deal of academic energy goes into to trying to answer the question of whether private equity outperforms more liquid asset classes, and in particular, stocks.

Chris Higson of the London Business School and Rüdiger Stucke of the University of Oxford recently published the most exhaustive study ever on this question. In The Performance of Private Equity, the pair compare annual returns from 1980 to 2008, collected from 85 percent of active U.S. leveraged buyout funds, against the performance of the S&P 500 stock index. Their sample outperforms the S&P 500 by 544 basis points annually. That contrasts with a number of previous studies, using more limited data, which claim average returns in private equity are worse than those in public markets. But all this misses the point of investing in private equity, which is to swing for the fences.

END_OF_DOCUMENT_TOKEN_TO_BE_REPLACED
Prev All posts Next