Why do Private Equity Investors Sell on the Secondary market?

Dispelling the Myth of the Distressed Seller

One of the top ten private equity funds raised last year wasn’t even a private equity fund. At least not in the traditional sense. Coming in at tenth place was Blackstone Group’s $11.1 billion raise for Strategic Partners VIII, the largest secondaries fund ever raised until it lost that distinction to Lexington Partners at the start of 2020.

Demand among investors to commit to secondary funds has never been higher. The reason for this is simple. The rise of secondaries is due, in large part, to the rapid growth of alternatives. As private equity has ballooned, it follows that some LPs would like to unlock liquidity in these closed-ended funds.Precedent-setting secondary mega-funds from the likes of Blackstone and Lexington are capitalizing both on a structural shortage of buy-side capital in secondaries, and also the changing nature of the secondary market itself. It used to be that LPs did not want to be associated with divestment. It was once a sign of distress or poor manager selection. But that stigma is long outdated. In 2020, LPs have more options than ever to realize liquidity in their private equity portfolios, and they are using them.

If secondaries are no longer motivated by distress, what are the primary reasons to sell PE assets that are pushing the secondary market to ever increasing highs, resulting in record-breaking secondary fundraising?

Restore target weightings: Most investors have a target allocation to private equity, like they do for any other asset class. In some cases, investors can become overexposed to private equity when the value of other assets, typically public equities, collapses - known as the denominator effect.

Tail-end divestment: There may also be a desire to clean-up portfolios having excessive tail-end funds. At its last estimate, Preqin pegged the unrealized value locked up in funds with a 2008 vintage or older at $525bn, or one in every ten dollars invested in private equity.

Sector and geography remits: Sector and geography also play a role in portfolio management. Depending on the fund, GPs often have relatively flexible remits. A sector agnostic pan-European fund, for instance, may end up selecting deals in a small handful of countries and industries. If a number of fund managers happen to follow a similar strategy, this can leave LPs with undesirable levels of concentration risk. Sometimes this can come in the form of a "strip sale" in which secondaries are used to insulate from certain markets.

It used to be that secondaries were the preserve of the distressed seller. That is no longer the case. LPs have grown accustomed to tapping the market for more benign portfolio management purposes. Pension funds may need to meet their benefit payments, while insurers have claims and annuities to think of. LPs may have loans to repay or capital calls to meet on other PE funds, or simply a need to replenish their liquid capital buffers as part of their defined risk management framework. Simply put, all investors need some amount of cash on hand and for various reasons. Here we list the top three categories for liquidity needs:

There are countless examples of investors rationalizing their GP relationships in recent years. As PE programs have expanded in the low-yield environment in search of above-average returns, LPs can be overwhelmed by the number of funds they have accumulated versus the limited personnel they have to manage all of these relationships. Paring back the number of funds can make the portfolio more manageable and give investors better oversight of the underlying assets they are invested in.

The ability to realign a PE portfolio through the use of secondaries has grown in prominence in recent years, for reasons such as:

New CIO or Portfolio Manager: When new leadership is brought on, one of the tools at their disposal to effect change is the secondaries market. Divesting particular PE positions allow managers to quickly realign the focus of the PE portfolio.

Divest non-core assets: Existing CIO's or Portfolio managers may also realize that their portfolios have slowly become populated with non-core assets over time. In order to maintain focus and optimize resources, LPs will identify and sell funds that are no longer relevant to their strategy.

Discretionary asset allocation: Tying in closely to relationship management is the strategic shift among large LPs, US and Canadian public pension funds being good examples. Many of these large institutions have built up considerable direct buyout expertise. In scaling up what are essentially internal deal teams, as well as co-investment capabilities that run alongside fund programs, there is less need to be invested in PE indirectly via funds.

ESG considerations: Once an afterthought, today, ESG concerns continue to grow in importance for institutional investors. In some instances, particularly endowments as of recent, divestiture has been spurred on by internal decisions or external pressure to invest responsibly.

The post-crisis regulatory push has been a significant motivation to sell, for banks and insurers in particular. Regulations governing private equity are varied across local financial oversight authorities but many of the largest deals to date have come from banks responding to the Volcker rule and Basel III, which either banned banks from investing in PE or made it prohibitively expensive. In July last year, the Volcker rule was dialed back, allowing certain US community banks to invest in PE once again. But the pressure on some lenders to deleverage following the financial crisis is felt to this day, particularly in Europe. Financial institutions remain one of the biggest secondaries sellers after public pension funds, and regulation continues to play a role. Last year, Japan's Norinchukin Bank sold a $5bn portfolio in the largest secondary trade in history; the deal was motivated by rules that require foreign GPs to register with the Japanese regulator if they have an LP from the country in their fund.

GP-led secondaries are increasingly common and bring a new set of interests into consideration. Usually, GPs in this situation will seek to:

Extend holding period: In the same way that LPs may choose to clean up their tail-end fund exposure, GPs managing older vintages may proactively seek a specialist to buy out any fatigued LPs on a wholesale basis. These restructurings give LPs the option to stay put or cash out.

Introduce fresh capital: extending a holding period on an older fund will typically provide the fund with fresh capital to stimulate growth in the portfolio, through strategic company bolt-ons or new hires, for example, and often feature a stapled-on component - a primary commitment to the GP’s follow-on fund.

The motivation here is not just on behalf of LPs but also GPs to realize the potential of the existing portfolio, which may have faltered, and secure a cornerstone commitment for their next fundraising. 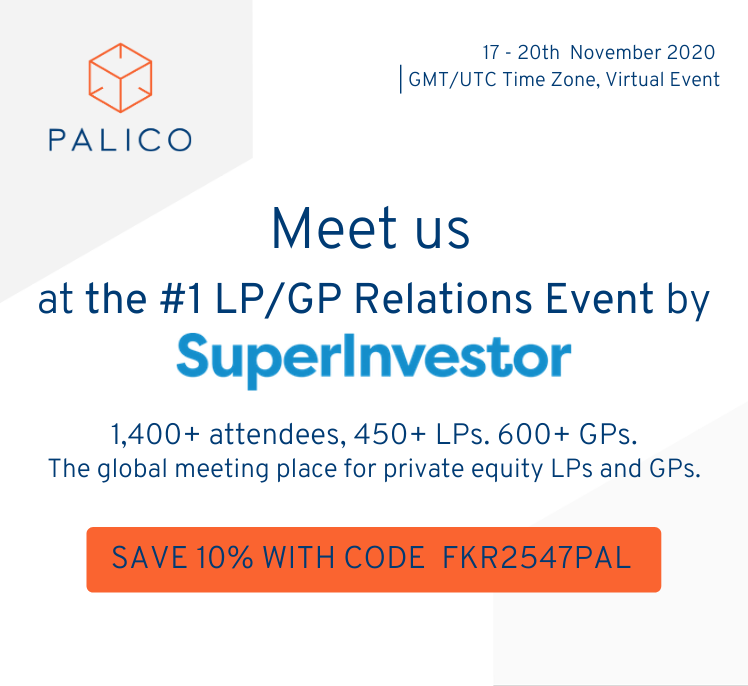